“ENCORE: Behind the Missions” is a 5 part mini-series taking an in-depth look into the filming process for the ENCORE video. Episode one focuses on a ten day trip to Chengdu, China which began as a laid back skate tour but quickly evolved into our most productive trip ever. Featuring Carlos Ribeiro, Tiago Lemos, Trent McClung, Robert Neal, and Jenn Soto. 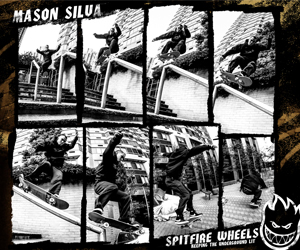