Episode one focuses on Miles Silvas and Robert Neal featuring a Miami filming mission, Robert’s 105 degree 3 day battle with a switch front heel and Miles’ last minute hunt for an ender to close out his part. Click here to watch Episode one.

Episode two (playing above), centers on Giovanni Vianna and Trent McClung. Suffering a major injury during the home straight of filming, Giovanni explains his late start to the video, getting sparked in Sacramento and the importance of truck locking techniques. With the pressure of Encore in the rear view, Fourth Quarter gave Trent McClung a fresh take on a filming a video part. Switching things up on some unique spots, the battles stayed the same in the search for an ender. 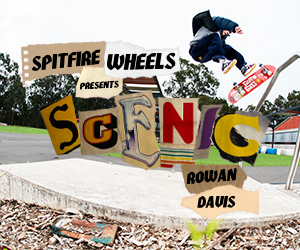