Truckstop has been a staple in the Northern Rivers Skateboarding scene for around 18 years. Located in Downtown Ballina on River St, the “little shop that could” refuses to stay quiet.

6 years ago, California to Balifornia ex-pat Tony Chavez went from being the Truckstop Team Manager to owner. Having absolutely no previous experience with running a business,  let alone a retail “core skate shop” in rural NSW, the task at hand quickly became daunting.

“I didn’t know what to do. All of a sudden I went from being on one side of the counter asking for product to supplying the product. I quickly fell back on the one thing i did know how to do, skateboarding and rallying troops. Hell, 40 some years on a skateboard had to amount to something???”

Those first three years Truckstop either ran or was involved with at least 40 different competitions,  events, demo’s and fundraisers.  If skateboarding was involved, they were all up in it. Even if it wasn’t in the Northern Rivers, they would take or get the team to the event. Today if there is some type of skateboarding event/competition, you’re bound to find a Truckstop team rider or supporter there.

These days Truck Stop is focused on their skate school, running a couple of events a year and pushing for skatepark upgrades and builds in the area. Their Fair Go Skatefest in Ballina is respected nationwide with last year being the 20 year Anniversary, making it Australia’s longest running skateboard competition.  The persistence and perseverance of the Truck Stop crew convinced the Council after five years of deliberation to grind back and smooth the surface of the Ballina skate park.  Happy with the win, the guys are now pushing for lights! 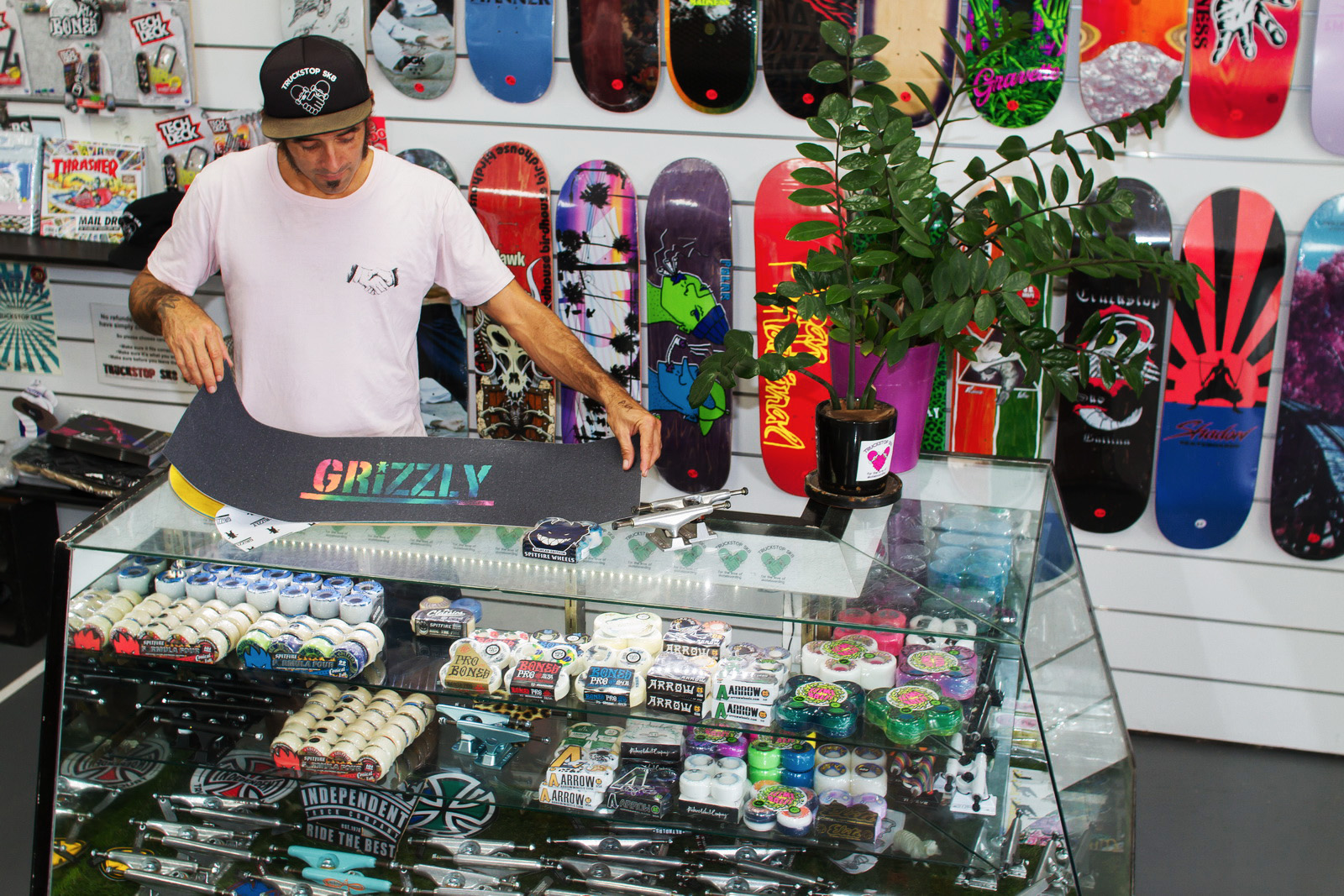 Truck Stop’s reputation in the scene means that some of Australia’s best riders started hitting them up asking to ride for the shop.  The Truckstop team is has grown well past the Ballina Shire borders. Past riders including the likes of Bibi Bradbury, Nathan Trew, Shanae Collins and Joey Cormack. OG’s Scott Standley, Turi Ramsey, Steve “Shoota” Kelly and Izy Mutu are still holding it down. Not one to gloat too much but Tony reckons their tranny team is better than yours! With Jakob Robinson, Bowman Hansen, Shaun Boucher and Shem Bragg leading the charge; the up and comers Josh Godward, Jaylen Jones, Lewis Oatley, Mistie Mildenhall, Louis Newman and all terrain terror Zane Hetherington are all skaters to keep on your radar.

Truckstop has always been a labour of love and a struggle. That struggle was made much lighter with the addition of Graeme McDonald four years ago – keeping Truck Stop afloat with his computer savyness and skateboarding know how! Adding Freddie, Tony’s wife, to the staff lineup, has seen the store go from strength to strength!  You know what they say, behind every great man…..

Freddie has co founded an all ages all female skate crew known as “The Ladies of Shred Ballina”  which are out there every day spreading the stoke and good word of skateboarding. 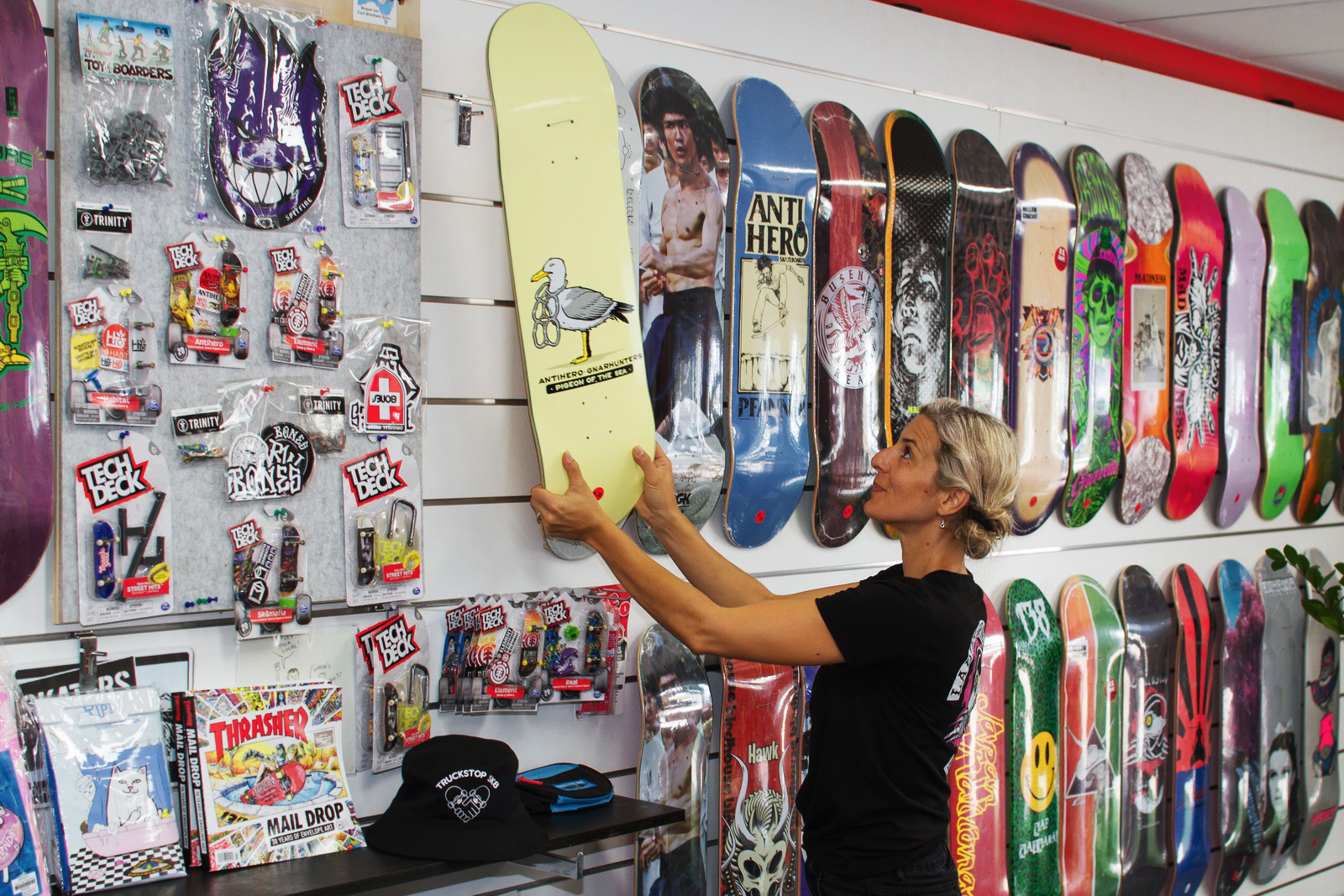 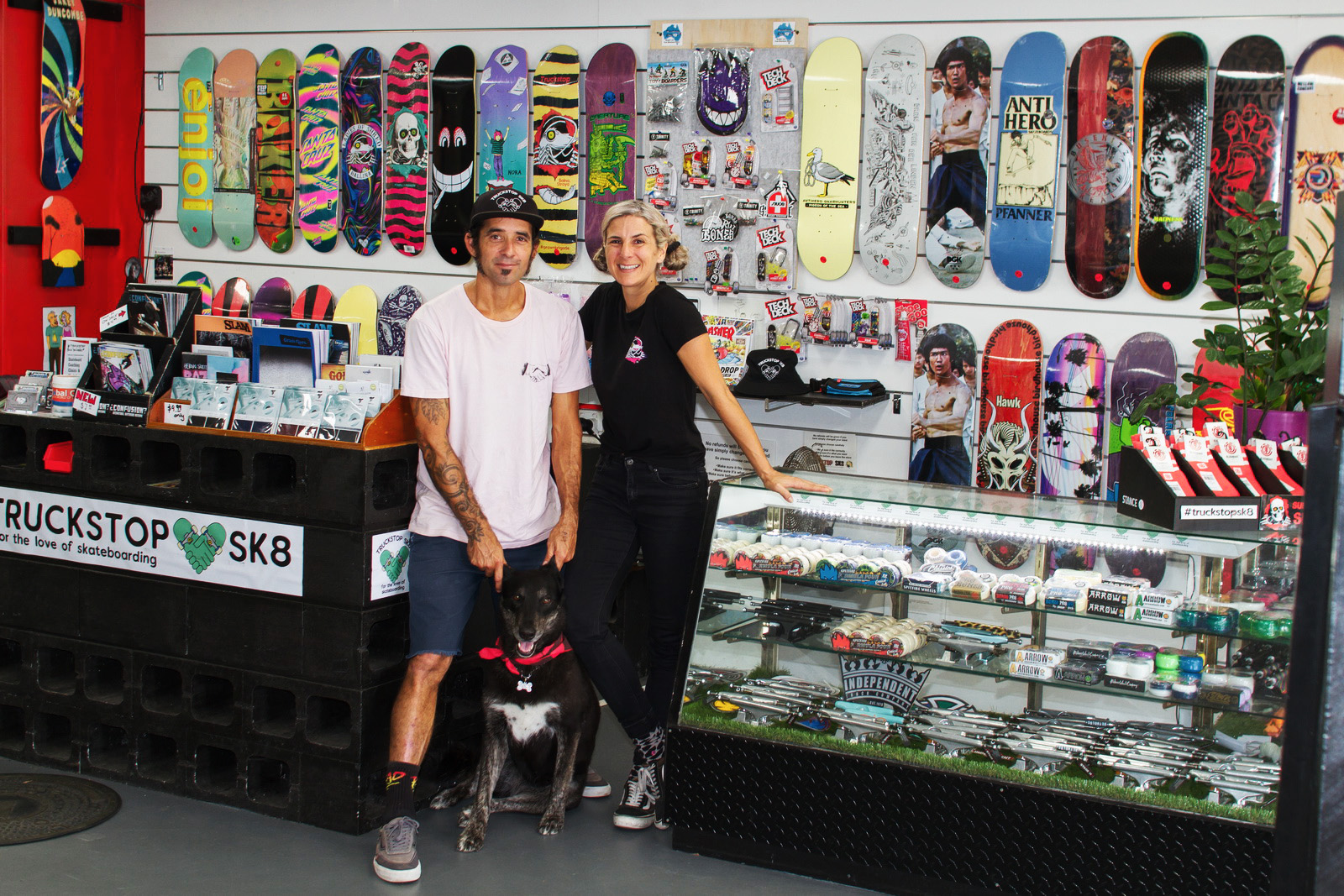 Today the shop is the busiest it’s ever been running  – with the addition of Truckstop Sk8 School they pretty much have all the bases covered. If there is skateboarding involved in the area and abroad, they are behind it, living and breathing it. Truckstop Don’t Stop!!!!!!