The new Lota Skatepark has been getting rave reviews, so we were stoked to set it off in grand style for Go Skateboarding Day celebrations with the Lota Skate Jam 2022!

As is now becoming our trademark formula, the morning started with free Beginner Workshops from Pavement Skateboard Coaching, where first time and novice skaters got to experience the fun of skateboarding!

The 12 & Under Division started off the day’s competitions and it was Eli Waterson’s tech and rail skills that beat out Cronulla’s Nate Larkin and Coolum’s Frode Hojgaard. Next, the 16 & Under Division showcased some of Brisbane’s best up and coming rippers, with Kaedyn Collins taking the win over Koltyn Lawson and Zeph Barron. 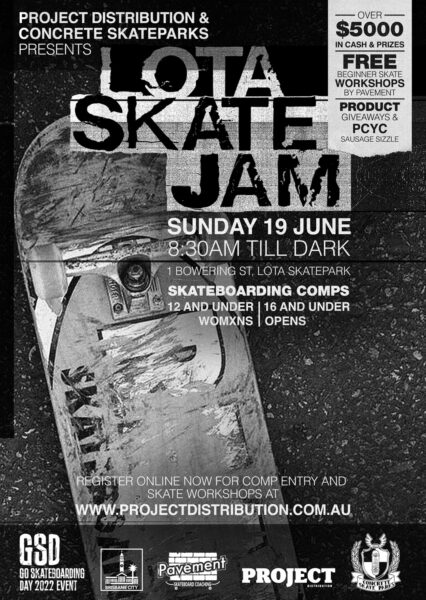 The Womxn’s Division followed where there was a wide range of ages and skills on display. Chloe Covell is one to watch with switch skills to die for. She took out first place, with young shredders Ellie Burrows and Mikala Sheppard coming in 2nd and 3rd.

Last for the day was the Main Event – The Open’s Division where there was over $2000 Cash to be won. Skaters from all over Queensland and New South Wales had travelled to Lota to battle and the level of skating was amazing. It came down to Dani Campbell, Matt Markland, Mitch McCarthy, Dennis Durrant, Nixen Osborne and Sam Larkins. The guys went head to head in an insane final jam session where it was hard to keep track of what went down! Mitch landed a kickflip out of the bank over the platform and down a huge drop for trick of the day, but it was the tech consistency of recent Kiwi transplant Matt Markland who took top honours in a decision that was so close it was hard to choose just one winner! 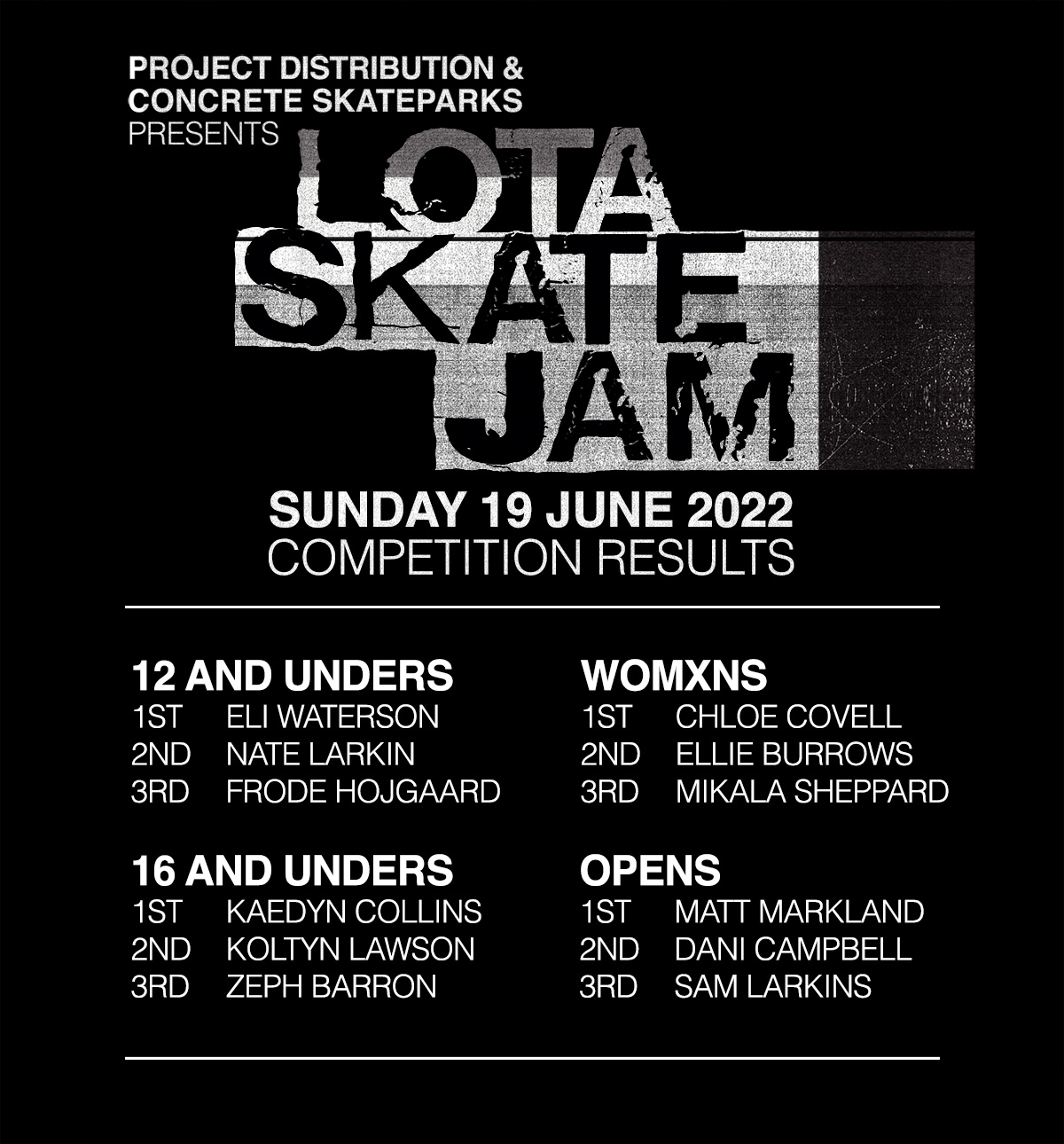