With a newly refreshed Coorparoo Skatepark and a brand new Mini Ramp, we were stoked to bring everyone together for King of Coops 2021, ten years since the first time we ran it!

The morning started with free Beginner Workshops from Pavement Skateboard Coaching, then it was into the 10 & Under Division where it was Mikey Liu’s tech skills that beat out Jacob Hansen and Eli Waterson in a close finish.  Next, the 16 & Under Division showcased some of Brisbane’s best up and coming rippers, with Danny Fish taking the win over Tristian Moffat and Koltyn Lawson.

The Womxn’s Division was next where there was a wide range of ages and skills on display.  Chloe Covell is one to watch with switch skills to die for.  She took out first place, with Brisbane OG’s Evie Ryder and Tora Waldron coming in second and third.

The brand new Mini Ramp was finished at 9am that morning and was well and truly broken in as crew went Head to Head for Cash and Vouchers from Fast Times, Dropouts, Parliament, Extreme Skates and Skate Connection.  Plenty of close calls, heavy tricks and good times!

Last for the day was the Main Event – The Opens Division where there was over $2000 Cash to be won.  Some of Brisbane’s best skaters came out to battle and the level of skating was amazing.  It came down to Sam Larkins, Jesse Brodbeck, Edgar Kiisa, Cory Nixon and Joel McIlroy who went head to head in the finals.  Cory Nixon did the trick of the day with a nose manual nollie flip off the huge ledge, but it was Joel McIlroy’s calculated tech assault on every part of the park that was enough for him to be crowned King of Coops 2021!

Thanks to Councillors Fiona Cunningham, Lisa Atwood and Ryan Murphy for supporting the day as well as all of the Brisbane shops and skaters who came together for an epic day of skateboarding.  We’re looking forward to next year already!

Filmed and edited by Ethan Miller
Photography by Matt O’Sullivan 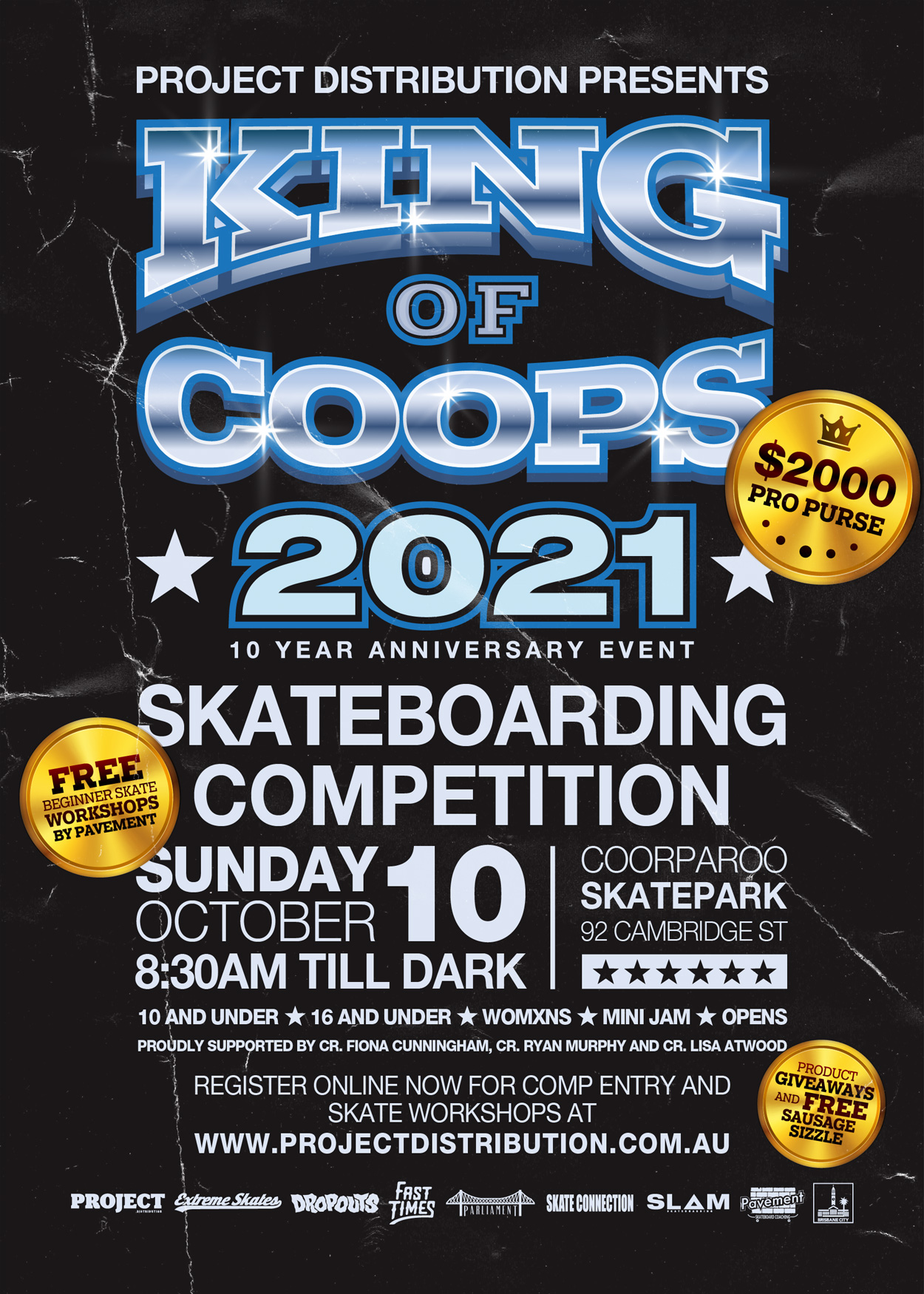